On November 9, 2021, there was held a press conference on the theme “New Uzbekistan – new trade unions” in honor of November 11 – the Day of trade unions of Uzbekistan at the museum of NMMC’ history in Navoi city. The chairman of the Council of NMMC’s Trade Union Israil Rakhmatov and representatives of the media took part at the press conference.

At the event, special attention was paid to the fact that November 11 was declared the Day of trade unions of Uzbekistan in accordance with the Law of the Republic of Uzbekistan dated November 23, 2020. 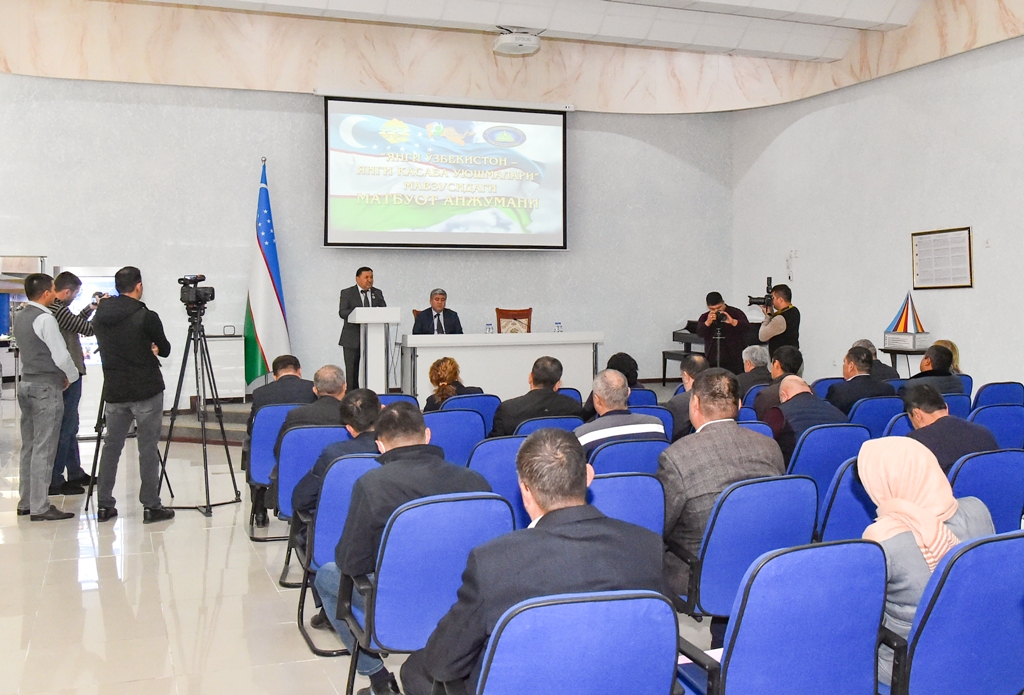 As noted in the report of the chairman of the Council of NMMC’s Trade Union I. Rakhmatov, social protection of employees, who are the main wealth of NMMC, has great importance at the enterprise. This is a great merit of the Council of NMMC’s Trade Union, which includes more than 73 thousand people, as well as 6 committees, 41 primary organizations in the units. The main purpose of the Council is to protect the professional, social, economic, spiritual, environmental, intellectual and legitimate interests of union members. 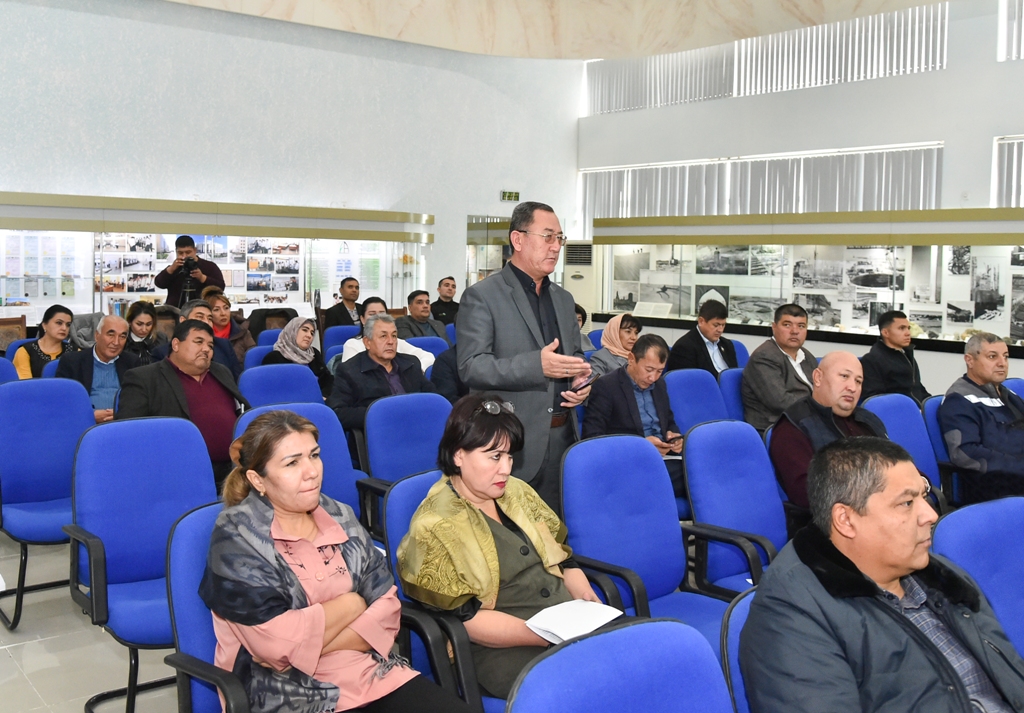 There was presented detailed information and was shown a video about the activities, work carried out, successes and plans for the future of the Council of NMMC’s Trade Union at the press conference.

At the event, comprehensive answers were given to questions from media representatives and journalists, as well as suggestions were made on the theme of the press conference. Journalists got acquainted with the work on localization