In 2017-2019, the team of NMMC won the republican competition held among employees of the departmental paramilitary security services of various ministries and departments, large enterprises and organizations of our country. 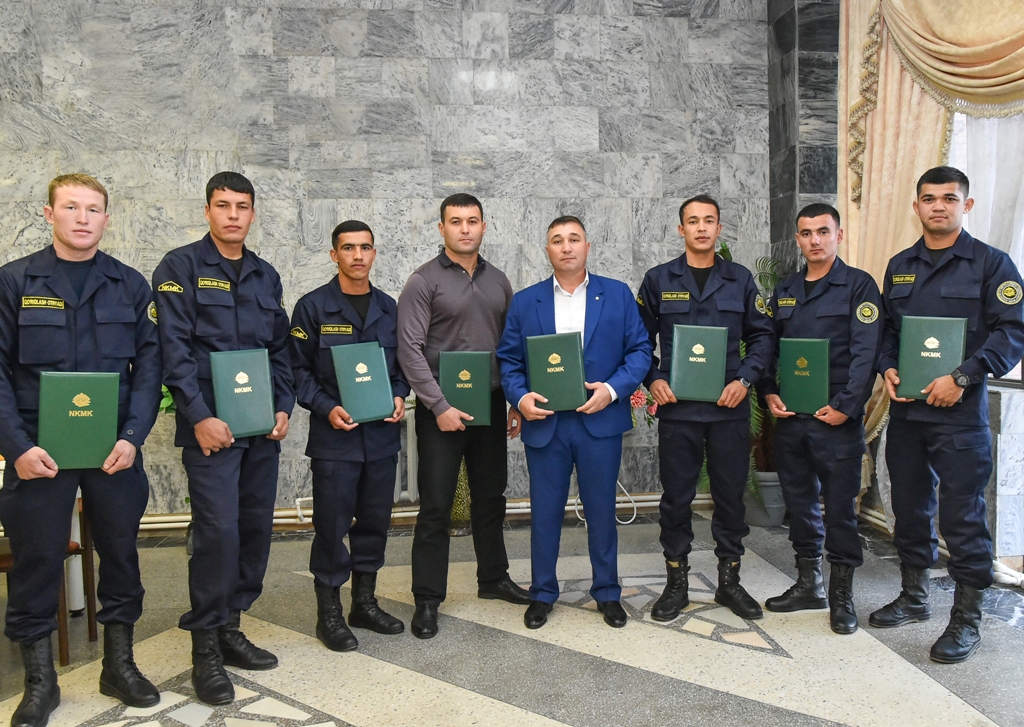 In the regular competition held on October 12 of this year in Fergana region, the team of NMMC for the fourth time climbed to the highest step of the podium. In total, 12 teams from ministries and departments, large enterprises and organizations took part in the competition.

The teams competed among themselves in running for 100 meters and 3 kilometers, pulling up on a horizontal bar, using firearms, providing first aid and performing tests for special and military medical training. According to the results of the competition, the representatives of NMMC took the honorable 1st place, both in the team and in the individual standings.

On November 11 of this year, by decision of the administration and the Council of NMMC’s Trade Union, members of the winning team: employees of departmental paramilitary security detachments of NMMC’s units - F. Yodgorov (Northern MA), O. Islomov (Northern MA), S. Obidov (Northern MA), J. Norchaev (Southern MA), A. Mamasodikov (MA “HMP-1”), A. Yarashev (MA “HMP-1”) and their coach M. Bochkarev were awarded with certificates of honor from the management of the NMMC, valuable gifts and material rewards.

The head of the group of the paramilitary security unit of NMBP A. Salomov, шnstructor of the group of the detachment of the paramilitary security of MA “HMP-1” A. Zhamilov, instructor-methodologist of the physical culture and health complex of NMBP R. Bakakeev also awarded with certificates of honor from the management of the NMMC, valuable gifts and material rewards.

The Press Center of NMMC.